Netizens called out Robin Padilla after the actor backed out of his dare toward the opposition after a high-ranking official accepted his challenge.

He then offered a few instructions to Padilla before doing the dare.

He said that the actor should get a haircut. Then, apply for a Master in National Security Administration (MNSA), where he would likely be Padilla’s mentor. Only then, the actor can proceed to enter the Command and General Staff College (CGSC).

“If you make it past step 3, you will have the minimum competency to become an RCDG (Regional Community Defense Group) Commander. That will put you in a better position to challenge,” Logico wrote.

Padilla immediately apologized to the Colonel and went on to praise him.

“I apologize if in any way I offended you with my video. Sir, it’s too late for me to dream and become a highly trained officer like you. If destiny allows it I will just see you there in the high seas, not as a foe but a civilian ally,” he wrote.

Netizens then reacted to Padilla’s sudden change of heart after Col. Logico’s response.

An artist even illustrated the exchange and visualized Padilla as a deteriorating piece of chili pepper.

A Netizen recommended that the actor should try a burn gel.

This one really works. Try it, Robin Padilla. pic.twitter.com/M3yUR82teu

Someone described the actor as “an illiterate.”

And another a “coward.”

Some also praised Logico for his message.

Mike Logico is the silver lining that we all want.

He said if I could teach Robin Padilla to be grateful, we can have an amazing world where negativity cannot grow and prosper, and children will have smiles on their faces. Thank you.

In a recent facebook video, Padilla called out Senators Francis Pangilinan, Ping Lacson, and Risa Hontiveros, retired Supreme Court Associate Justice Antonio Carpio, and musician Jim Paredes to a challenge. He asked them to join him in forming a militia to face the Chinese vessels at the West Philippine Sea.

He added that they should also wander around the area, and the mentioned individuals should prove that they can also sacrifice for the country. 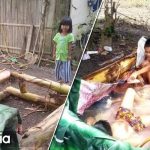 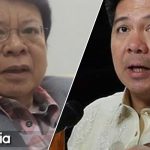