The priority list seems to have changed for the Philippine government’s COVID-19 vaccination plan as President Rodrigo Duterte has taken himself off of the priority list.

In what seems to be a supposed re-statement of the vaccine plan, Duterte reiterated that health care workers will be first in line for the vaccine—despite the fact that the Presidential Security Group and possibly other high-ranking military officials have already taken a vaccine that was reportedly smuggled into the country.

During a press briefing, Duterte said after frontline health workers, teachers and social workers will come next.

After social workers are other government workers and essential workers outside of the health, education, and social welfare sectors who often come in direct contact with people.

Soldiers will also be included in the list, but the poor will come first according to Duterte.

This list, however, has been disputed by netizens and raised the possibility that Duterte has already been inoculated despite claims by cabinet secretaries—including presidential spokesperson Harry Roque—that he hasn’t.

Keeping up appearances — Duterte said it himself, he’s been vaccinated already

In case anyone missed it, Philippine Army spokesman Demy Zagala already told CNN Philippines last December 28, 2020 that soldiers’ vaccination “occurred by the direction of the chain of command, headed by our commander-in-chief,” who is clearly none other than Rodrigo Duterte.

Duterte’s stern warning to the rest of the Armed Forces of the Philippines and anyone else looking to investigate his close-in security group during the first week of January is also a telling sign.

Based on reaction of Duterte re illegal vaccine of PSG, one can’t help to suspect that he was the one who gave the order and that he, too, was already vaccinated.

The big question now is, will the Senate and DOJ push through with their plan investigation?

Would not be surprised if the Palace soon announces that Duterte, cabinet, top officials of the House, Senate, and the SC, and their entire families have already been vaccinated with Sinovac since September.

That’s the SOP of dictatorships.

One netizen has even immortalized Duterte’s single question that may have sealed off any alibis of him not being prioritized over everyone else: former senator Sonny Trillanes IV.

Roque, however, insisted that it’s not a far-fetched thought for Duterte to be vaccinated first—or at least in public—to “reassure the public” that Sinovac’s CoronaVax is safe.

Assurance from Duterte? ‘No, thank you’ said netizens

The Philippine Daily Inquirer would lead netizens in railing the president, as Sinovac’s vaccine had the lowest efficacy of all available COVID-19 vaccines.

The claim: Pres. Duterte on Wednesday claimed that all vaccines have the same potency because scientists "all studied the same microbes."

And netizens would get onboard.

Some would even give him a brief lecture on not just microbiology but also word choice.

Listen pasista, representative microbes are considered constant when testing COVID-19 vaccines because the pathogen has already been identified. It would be dumb not to do so. https://t.co/P2DbABIdCn

This, even as one netizen would diss the numbers and claim the government bought it for a lower-than-market price.

The problem, of course, is that regardless of how much the government saved on CoronaVax—or any other vaccine for that matter—the fact that the government has placed serious trust in the questionable vaccine is what is putting off Filipinos from getting it in the first place. 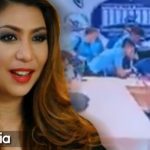 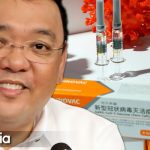