In what is now known as #DuterteMeltdown, President Rodrigo Duterte threatened to cut funding for the University of the Philippines (UP)—after students of Ateneo De Manila University (ADMU) threatened to hold a student strike.

In a recorded speech, Duterte said students need not worry about the plight of the poor and those hit by the typhoon.

“You are taking the cudgels of the poor ahead of your time… That is the worry of government,” said Duterte after Presidential Spokesperson Harry Roque asked him to comment on “students not wanting to submit academic requirements until relief operations have been attended to.”

He would also tell students to not go to school until “mabakunahan lahat ng Pilipino” and “wait for another typhoon and see if the help we extend is enough to your satisfaction”.

He would later ask if it were UP students who sounded the call for said academic freeze.

These final lines from Duterte would create a firestorm on social media, with people telling him how misinformed his cabinet was.

Duterte threatens to defund UP, b/c he says all students to is protest & get recruited by terrorists.

1. He cannot, under the law, cut off UP, b/c it is a state University.
2. He cannot revoke scholarships offered by UP, b/c they are not ISKOLAR ni Duterte—ISKOLAR sila ng BAYAN!

ITS NOT EVEN YOUR MONEY https://t.co/SZkCNaRKgb

KD: In the first place, can the President, any President defund UP?

His statements would also draw comparisons to a beloved public official in these trying times: Pasig City Mayor Vico Sotto.

The UP community has since issued their own statement, telling Duterte he “missed the point” of the academic community’s call to end the semester early.

“Duterte’s threats to defund UP ignore the very reason UP is calling for the end of the semester,” University Student Council chairman Froilan Cariaga said in a statement.

The calls for a student strike, which Roque alluded to, actually came from the student body of Ateneo, where some of the country’s most influential people send their children to school. 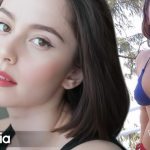