Journalist Howie Severino made headlines as the reports of him being detained broke out. Why was he apprehended?

Apparently he took off his mask to drink some water.

People found the news so unbelievable and so ridiculous that his fellow journalists and celebrities can’t help but react.

So Howie Severino gets apprehended for pulling down his mask to drink.

Inday Espina Varona asked the barangay officers and police how Severino was supposed to drink if he kept his mask on. She also questioned why the government allowed restaurants to open for dine-in but arrest those who pull down their mask for a drink.

Howie was DRINKING. Was he supposed to train a spray hose on his face?!
How can you allow restaurants to reopen for dine-in and then arrest someone pulling down a mask to drink?
Arbitrary, MINDLESS enforcement of rules in the new normal. Ayusin mo mga tao mo, Joy Belmonte. pic.twitter.com/PNMsvaouJY

Even celebrity daughter Frankie Pangilinan asked how people are supposed to drink these days.

“I usually am very annoyed at people who don’t wear their masks correctly or don’t wear at all when they’re in public but it is also just as ridiculous when you don’t give consideration to some things that are practically common sense,” Jako de Leon wrote as he posted a photo of someone “drinking” coffee with a mask on.

I usually am very annoyed at people who don’t wear their masks correctly or don’t wear at all when theyre in public but it is also just as ridiculous when you don’t give consideration to some things that are practically common sense. 🤦🏻‍♂️

Other journalists also joked about the situation.

In a Facebook post, Severino narrated the incident. He said that he biked with two companions until they took a break at a bike shop along Mother Ignacia Avenue. He said that they were all wearing masks and bought drinks at a store.

“We were all wearing masks. We bought drinks at the store next door, and drank them after pulling down our masks below the mouth (because we have not learned to drink yet with masks on).”

When he finished his drink and returned the bottle to the store, he claimed that at least three vehicles of Quezon City enforcers approached him and said that he was talking without his mask on.

“I had just finished my drink and returned the bottle to the store before I could pull my mask back up, when at least 3 vehicles of QC law enforcers arrived to tell me I was talking without my mask covering my mouth.”

He was then brought to the Amoranto Stadium for a seminar on coronavirus and the proper usage of masks before he was allowed to go home.

“I explained to a group of QC employees there that as a recovered patient who had already tested negative three times for the coronavirus and positive for antibodies since my discharge from the hospital, the risk of me infecting anyone is near zero. Nevertheless I still wear a mask.”

Severino said that there were “hundreds of people” in the same seminar as he was. 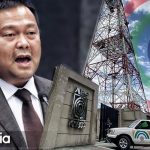 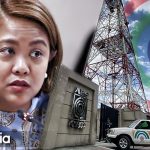