As media giant ABS-CBN announced a retrenchment after being denied a franchise renewal, thousands of employees have gotten the boot.

One of whom is veteran broadcast journalist Ces Drilon.

One might find it hard to imagine what Drilon’s life is like outside of the newsroom as many only see her serving the latest updates about matters in the country. But recently, she announced that she is now devoting her time to another thing she loves doing: farming.

After announcing that she got the boot, instead of wallowing over the situation, she decided to move forward. On July 21, she posted a series of photos taken at the Vagabond Farm in Batangas.

“Am really excited to devote more time to farming,” she wrote.

“Farming was the plan until ABS-CBN plucked me out of ‘retirement’ from field reporting. Now it’s time to give it more focus as life has once again led me to a new journey. But I will always be #foreverkapamilya ♥️.”

Farmer Ces at @vagabondfarms. Am really excited to devote more time to farming. Photo 1 is me amongst our malunggay trees. We are transferring them to the perimeter fence to plant dayap and avocado. Photo 2 is the tree house behind me. The @shopstylecat head wrap perfect for a day at the farm! 3 is one of the farm’s tree lined paths. 4 is the pile of cow manure to start a worm farm! Watch out for @vagabondfarms ‘ potting mix! 5 is our perimeter fence which will be lined with more kakawate and malunggay trees. 6 is our kamagong tree, now about 3 years old. 7 is my walk with @makilingmiracle just a stone’s throw away from the farm, with a majestic view of Laguna de Bay. The @vionicshoesph perfect for the late afternoon hike surrounded by nature’s splendor. Farming was the plan until ABSCBN plucked me out of ‘retirement’ from field reporting. Now it’s time to give it more focus as life has once again led me to a new journey. But I will always be #foreverkapamilya ♥️💚💙.

She’s also focused on running her business wherein she sells eyewear and accessories.

The #cestyle anti blue light, anti radiation glasses have been in the market for over a year now. It is functional – because it protects your eyes from the harmful blue light emitted by your electronic gadgets. It is practical because you get value for your money, abot-kaya ang presyo! It is stylish because the frames I personally chose enhance your face and total look! This is in collaboration with @peculiareyewear , the number one selling eyewear online. Now that all of us spend more time online, these glasses are a must-have! The link to our site is on my bio!

On July 16, a day after ABS-CBN announced their retrenchment program, Ces announced that she had lost her job on Twitter.

This was one of the toughest days I had to face. Telling fellow kapamilyas that they would lose their jobs by end of August. I lost mine too. https://t.co/s19MXXvjvy

But it did not give her a reason to lose hope.

Babangon din ang mga #kapamilya. This may be our darkest hour. But don’t lose hope.

Fellow journalist Karen Davila then shared words of comfort to her colleague and stated that she is also “preparing for the worst” but will stand by the network ’till the end.

Thank you for these words of comfort Karen. Keep on exposing the lies and wrongdoing. This isn’t goodbye. See you again soon. Magsasama ulit tayo! Once a kapamilya, always a kampamilya! #KapamilyaForever https://t.co/evlADarOGH 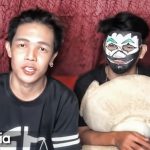 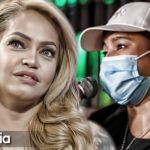