Cavite Governor Jonvic Remulla called out President Rodrigo Duterte for ignoring the middle class in the midst of the coronavirus pandemic.

While most relief efforts target the poor and lower class, the middle class usually gets passed over. But in light of the rather difficult circumstances of the enhanced community quarantine.

“I write to you today to appeal for the middle class. I come from a province that is over 70% migrants. People who have climbed their way up in life: buying a house on mortgage; sending their children through college; having their 1st car or motorcycle on a 5-year installment basis. 300,000 of them work in manila. 400,000 directly (factory workers) and indirectly (feeding, clothing, driving, retailing) from our economic zones.”

Not every area has the resources to survive the current epidemic.

“The Covid-19 pandemic has hit my province hard. Despite that I am not asking for anything to be given to the local government. We can fend for ourselves, but not everybody can.”

Given the current situation, most of the people are low on funds, even with the assistance of the government.

“The recent announcement of the issuance of a Social Amelioration Card gave people a lot of hope. In the past 3 weeks most have depleted their savings. Families of 8 stay in housing units 24 to 40 square meters small. Cramped as they are, they are generally optimistic people. Despite all that, they are hurting.”

The public doesn’t realize that the middle class is also affected, but are usually ignored because of the notion that those who belong in this category have enough during health emergencies.

“It is a time of crisis for everyone. Not just the poorest of the poor, but also those who have built much but not enough. They wait for the LGUs to give them relief goods but those come few and far in between. They scrimp and pawn and borrow. They are barely surviving.”

300,000 of them work in Manila. 400,000 directly (factory workers) and indirectly from our economic zones. Our poverty incidence is one of the lowest in the country and our GDP per capita is just about the highest of all LGU’s outside of Manila. pic.twitter.com/RHELnzoqEO

Remulla hopes that his message would reach the president and things can get better for the middle class.

“As governor, I am respectfully asking that you consider them to be part of the social amelioration program. They may not get as much as the poorest of the poor but please consider their welfare. They are often overlooked. They pay the most taxes. They keep our economy alive. They are mostly law-abiding citizens. They need a break.”

P200 million pesos has been saved up by the government in cash aid for 18 million poor families in Luzon affected by the lockdown, but nothing for the middle class. Each family can receive up to P5,000 to P8,000 pesos a month for 2 months depending on the region that they are residing in.

Things are not getting better as 3,246 people in the Philippines have been infected and 152 have succumbed to the virus.

During a briefing on Monday, President Duterte says that the governor’s message is ‘valid’.

Netizens agree that the middle class should not be mistaken for the rich.

I am from Bulacan thank you for your concern to all middle class family… if ur request will be approved by Pres Duterte damay napong lahat hindi lang sa Cavite..

I salute you Sir! Thank you for understanding the plight of the middle class! You were right in saying that we may not be as privileged as the rich folks nor poorest among the poor but God knows this ECQ negatively impacted our finances too. Thanks for representing us Sir!

Spot on gov. The middle class are the most honest tax payers yet they get the short end of the stick. Dapat maramdaman naman nila yung binabayad nilang tax na regular na kinakaltas sa sahod nila

Yeah kami man middle class affected din and we pay more tax than poor. Hope we can get also.

Thank you sir for voicing out the cry and sentiments of the people who belongs to the middle class sector yet is not exempted in the suffering due to the implementation of almost a month ECQ caused by covid19.

The Government is focused on the Poor, I'm not saying that is a bad thing infact it's a good deed. They should also focused on the middle class & business owners because they are the one paying Taxes yearly to Cultivate the Economics of our nation. 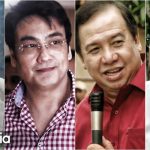