A 20-year-old college student from Zamboanga del Sur has become an internet sensation after he used leaves to make creative outfits and stunning photos.

In an exclusive interview with DailyPedia, Bryan Montañez, also known as the “Queen of Nature” of Pagadian City, said he has been creating “green” outfits and posting his photos wearing them on social media for the past two years.

Montañez said his dream of being a fashion model was what inspired him to do this.

Montañez has made customized outfits from the leaves of banana, coconut, gabi, papaya, and more.

Wearing his unique “creations,” he created stunning photos by flying up in the air like a gymnast, jumping out of a river holding gabi leaves, as well as walking while tossing a papaya fruit.

Many netizens have been impressed on his fabulous creations and images that he uploaded on his Facebook.

Montañez said the inspiring comments he receives encourages him to create more outfits from nature and then model it again.

Montañez said he was so happy because his family supports him and “they were really proud at me.”

Montañez has expressed gratitude to his family, friends, and all those who supports him in this endeavor. 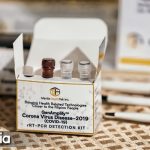 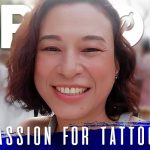