One of the greatest feelings that a person could experience is to be accepted by the people whom they love, especially when it involves one’s gender identity.

Just like a netizen whose father hoped that his son would be gay.

A Twitter user with the name @garenaguinaldo shared his touching moment with his father while watching the Eat Bulaga segment “Bawal Judgmental.”

The segment allows the contestant to open up on sensitive topics. The episode that they were watching had contestants coming out as gay to the public. One of them became emotional after officially coming out to his family.

While watching the episode, he was not expecting that his father would become so emotional. It was his first time seeing his father crying while watching “Bawal Judgemental”.

But what surprised him so much is when his dad said, “Sana naging bakla nalang din si Bal (kuya ko) para walang bisyo at matino.”

He felt so emotional that his father wanted to have a gay son.

One of the netizens commented, hoping that all parents would be open about accepting the gender identity of their child. 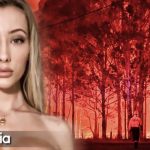 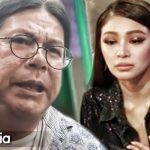