Netizen Dave Argel Robles shared a funny experience he had during a jeepney ride.

Robles was with four other passengers in a jeepney. He was sitting at the back near the door and a woman was also seated in the same position on the opposite side. The two other passengers were seated far away at the other end right behind the driver. 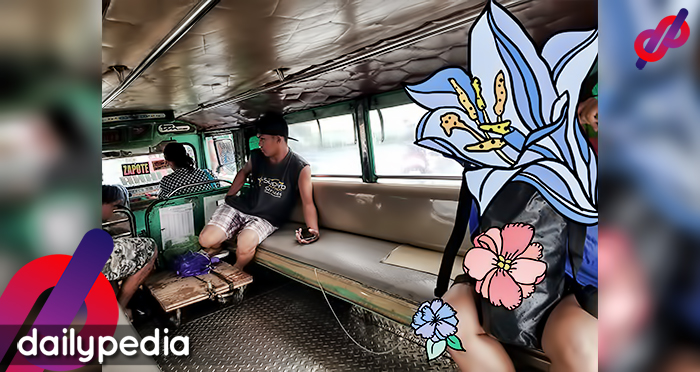 The woman, who was at least three yards away from the passenger near the driver, extended her hand to pay the fare but she wasn’t even within arm’s reach of the other passenger.

The woman did not even think of moving closer, only extending her arm and saying, “Bayad po,” seemingly expecting the other passenger to come nearer to her to get her money.

The other passenger instead said, “Aba, lumapit ka!” indicating that he had no intention of moving over just to get her money.

Robles, in a separate comment, said that he posted the short story to remind people not to be difficult when it comes to commuting, because “commuting in the Philippines is hell.”

Moreover, he said that females shouldn’t think that they should receive special treatment just because of their gender.

Netizens found the story to be funny.