A netizen took to Facebook on April 14 to share the time his family stood him up during his graduation ceremonies, as well as the trials and tribulations he faced before receiving his college diploma. All of which, moved the hearts of social media users. 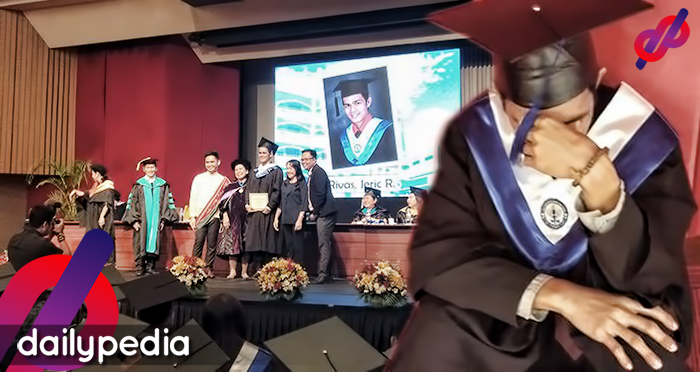 The author of the viral post then narrated how he did not experience, during his elementary and high school days, going on stage to receive his academic honors with his parents or next of kin.

He also recounted how he needed to “borrow” one of his fellow classmates’ own parents so that there would be someone who would award him his medals back in his secondary school’s recognition day. Come its graduation, he was again left alone.

He was not able to stop the tears from falling as he marched that day, feeling envious of the kids who were supported by their parents and family during one of the memorable days of their lives. Rivas disclosed then that he decided to leave his home in Sibuyan Island, Romblon to look for work in the city while attending college. He stayed with his relatives, but he was always shunned by them. He lived in various places as a result.

And in order to support himself, he entered odd jobs while studying such as being a factory worker in Quezon City, a student assistant of their school, being a janitor, a fast-food crew, and even as househelp.

“At ngayon, nagbunga na lahat nang aking pagsusumikap, araw nang aking pag tatapos… Magkahalong tuwa at lungkot nanaman ang naramdaman ko,” shared the degree holder of Bachelor of Science in Criminology, who conveyed to the netizens how he went to the stage while breaking down in tears once more.

In his now-viral post, the working student proceeded to thank his professors, school staff, and friends who helped him overcome his sufferings. He also offered his achievements to his grandparents who raised him while sending a taunting message to his parents whom he claimed did not want him in their lives.

The post received 41 thousand reactions online, with messages of congratulations pouring out for the new graduate.

“Congratulations, Rivas! Good luck on your next journey! Well done! 💖😇😍” commented one netizen.

“Congratulations! You’ve made it despite the hardships. Mabuhay ka, I believe, handa ka na sa matinding hamon ng buhay. Always believe in yourself. God bless u on your journey,” remarked another netizen. 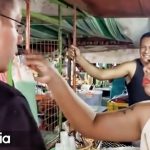 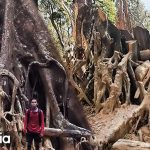