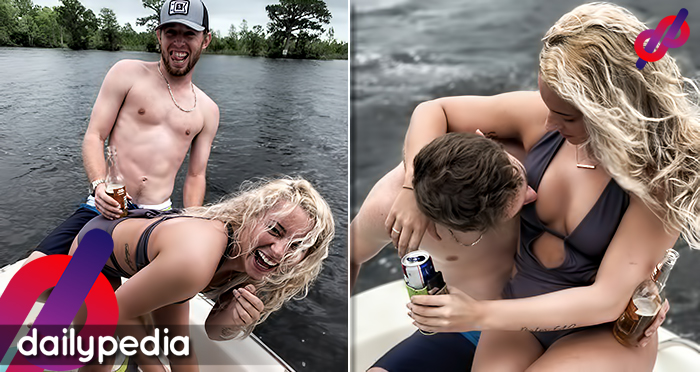 A couple’s photographs made the rounds on social media on April 15, as they happily pronounced their relationship with sexually suggestive poses.

“The river ain’t the only thing I’m hitting today,” wrote a Netizen named “Brice” coupled with pictures of him and his girlfriend in bawdy poses.

Brice narrated then the start of his and his girlfriend Cher’s relationship—and what an apt thing to share it on social media that brought them together, twitter that is.

Brice, who is from South Carolina, said that Cher, who is a native of Missouri, followed him on twitter. He then found her Snapchat handle, added her, and proceeded to send her a privately message.

“Next thing you know, we got an Airbnb and planned to meet in Nashville,” said Brice, bringing the song ‘Meet Me Halfway’ to life.

According to the twitter user, however, Cher couldn’t wait to see him so she drove down two days before their planned meet-up.

“We spent an awesome weekend in Nashville. A couple weeks later she moved down here and we found her a job and now (we’re) here,” added Brice.

Brice’s post has received over four thousand likes online. Most of the social media users found their story adorable while some raised their Internet-brows on the two.

“(I’m) not against straight people but do it in private,” replied one Twitter user.

While another used a meme to express his dissension on the post:

What an attention seeking fucker lol

“These pictures are about the last thing we all publicly want to see,” commented one Netizen.

“Never seen people have love for each other? Damn my guy that sucks,” defended another social media user.

? Never seen people have love for each other ? Damn my guy that sucks

“This is a great modern love story. A great pick-me-up on a Monday!” wrote one Twitter user.

This is a great modern love story. A great pick-me-up on a Monday!

“Cutest thing I’ve ever seen, congrats on the win to both of you! 💞” said another.

Cutest thing I’ve ever seen, congrats on the win to both of you! 💞

“This is so damn awkward,” one Netizen pointed out.

This is so damn awkward

“When you’re as goofy as us. It really isn’t 😂” claimed the original poster.

When you’re as goofy as us. It really isn’t 😂 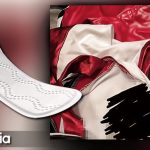