Losing a pet is like losing a family member, especially when your love had grown much strong. Unlucky for this man, who’s having a delicious dinner with his family not knowing that it was his favorite pet. 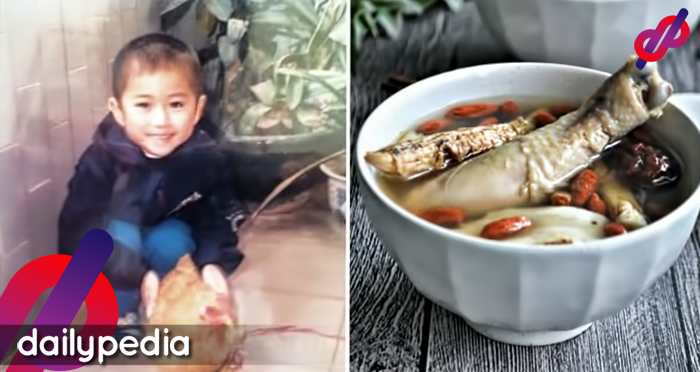 The pet owner is William Lin. The Facebook user shared his tragic sad story about the chicken pet that disappeared. He was only six years old when he became close with his chicken pet unfortunately-named “Pe nis” as they played and walked together every day.

“I too raised a chick in China, who would become my favorite pet, named 鸡鸡 (yes I know what that means now, I was six years old okay I didn’t know). Anyways I would play with 鸡鸡 every day, taking him out for walks and whatnot.”

After school, he noticed that his pet was missing. Lin even asked his parent if they have seen his chicken pet.

In response, they said that the chicken was only taking a nap. It was already time for dinner and they have chicken soup, which is his favorite food while growing up.

After eating dinner, he asked his parents again if the chicken had already woken up. Instead of telling the truth directly, his parents told him that Pe nis wasn’t really feeling well and there was a chance that he would not wake up forever, which a six-year-old would not immediately get the point. 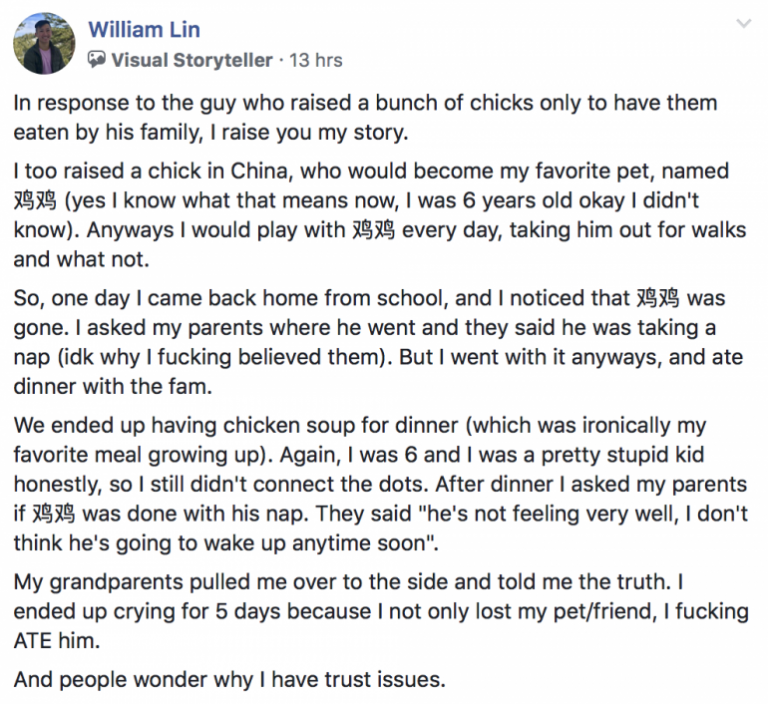 However, Lin’s grandparents revealed about the “sudden death” of his pet.

“My grandparents pulled me over to the side and told me the truth. I ended up crying for five days because I had not only lost my pet/friend, I f**king ATE him. And people wondered why I have trust issues.”

After what happened, Lin was shattered by the incident and even left him with trust issues. 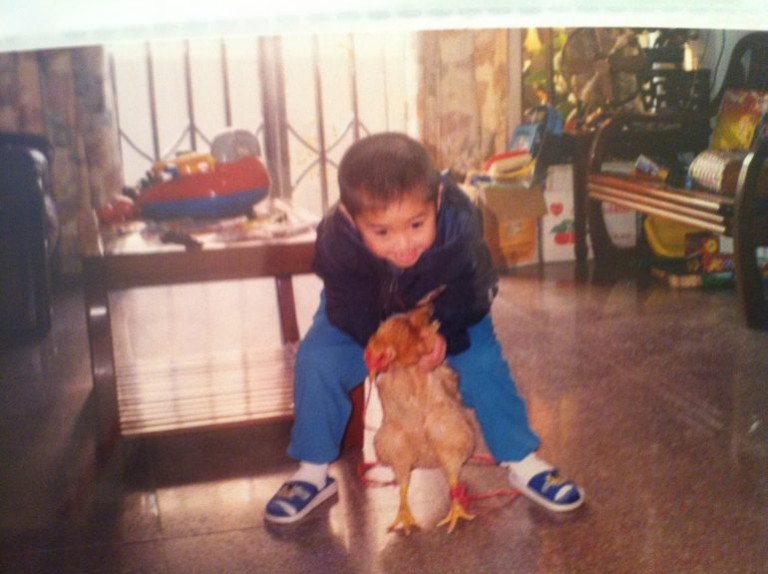 A child’s experience will be carried throughout his entire life. Because of the pain he has felt of losing a very important thing, and making it even more painful because of a lie, that would probably cause him to be afraid to trust anyone.

Just like some of us, once we have been hurt by people whom we love, we would not trust them again that easily. 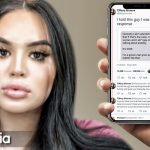 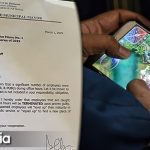