The TNT Boys – consisting of Francis Concepcion, Mackie Empuerto, and Kiefer Sanchez – once again, brought pride to the Philippines after singing their own rendition of Beyoncé’s “Listen,” bringing them through to the next round of the new American talent competition “The World’s Best,” that aired its pilot episode right after the Super Bowl on CBS last Sunday. 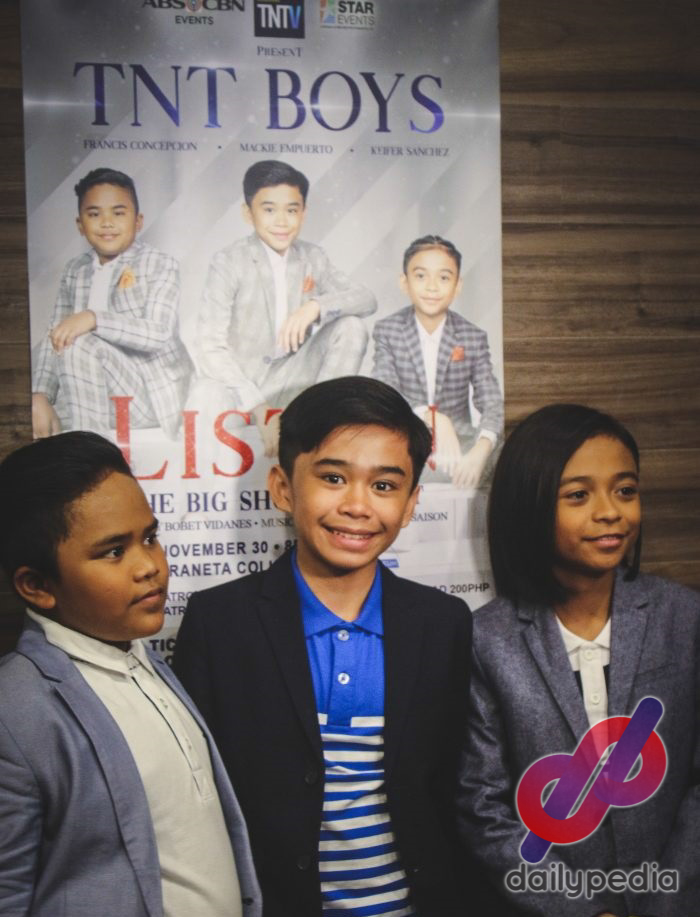 The American judges were really amazed with the performance of the TNT Boys as they hit all the high notes effortlessly, giving them an average score of 49 while the Wall of the World judges gave them more than enough points to reach a total of 99.

The Judges comments after their amazing ‘goosebumps’ performance were very much applauding. Drew Barrymore said she really has a soft spot for kids, as she added that what the TNT Boys just did “is a whole other thing.”

“You possess a gift. You’re just that good,” she told the TNT Boys. Faith Hill also said, “First of all, you have some serious attitude. You’re so precious and so sweet but when you were singing, you were in that song, and you were like, bam!”

And Rupaul had one just thing to say, “Shante,” which meant “You stay!”

One of the judges making up the ‘Wall of the World’ panel, Pops Fernandez, a Filipino Singer, was asked by James Corden about what she thinks of the boy’s performance.

She said, “I am so proud now to represent the Philippines. On behalf of the Filipinos, guess what? I know for a fact that you can be the World’s Best.”

Corden also asked an award-winning dancer and choreographer who had worked with Beyoncé “Dennis Jauch,” who represented Germany, said, “I actually wouldn’t be surprised if she (Beyoncé) would call you up after this and be like ‘Join me on the next tour!”

Comments also flooded the Twitter account with the different reactions of viewers who watched the performance of the TNT Boys.

I hope that the TNT Boys will drag up on The World’s Best (like they did on face sounds familiar; lady marmalade and bang bang). THAT SHIT WILL POSSIBLY INPRESS RUPAUL ❤️✨

I don't know what magic you've got. I've heard this Listen song from you so many times but still you had me crying. Now, you made the whole world cry with me. #WorldsBest #TWBTNTBoys https://t.co/iDH9miaLcJ