Love knows no boundaries and race is no exception. The viral couple, Eugene (a Filipino) and his girlfriend Vika (a Lithuanian), proved just that.

They messaged continuously after their first hi and hello on the popular social media platform, Instagram. Their love bloomed since then.  A year into their long distance relationship, they planned to finally meet in person in the Philippines. 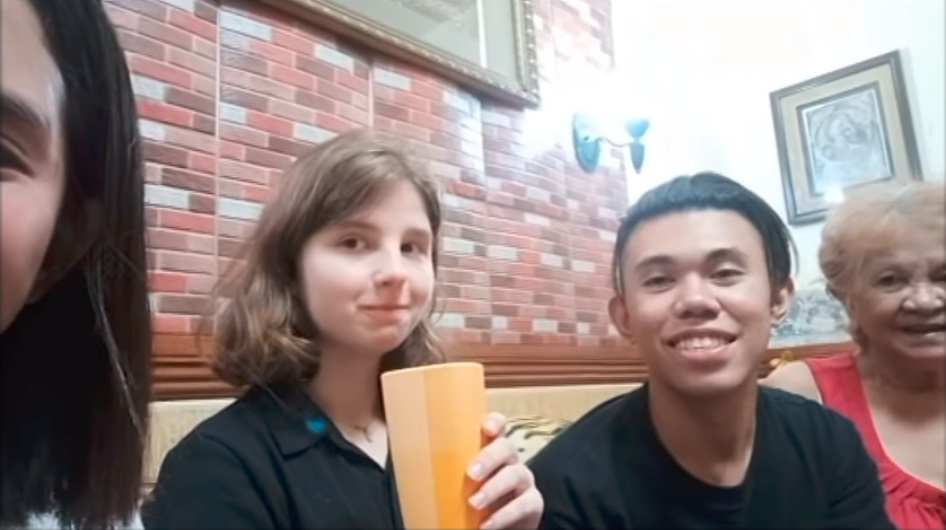 So many positive reactions were given to their video,  but others were not quite happy; even leaving negative comments.

The sweethearts are now faced with bashers and envious netizens; blocking Eugene’s happiness with his foreign girlfriend. Vika shared a story on why speculations on his boyfriend aren’t true.

“Before I came to Philipines, they said Filipinos are really nice, always smiling, approachable, and talks a lot of good things. When I came to the Philippines, I can say its true ‘coz I experienced it all. But when I read comments here and translated them, I didn’t expect that Filipinos van be mean to their fellow Filipinos and could really be judgmental.

“I just want to make it clear that we planned that it would be me who will visit him first because it is the easier way. I heard that Philippine immigration is really strict in the Philippines, especially on Filipinos who are going out of the country. I earned money to buy my ticket and it was not enough so my boyfriend sent me money so I could buy it. I also didn’t bring a large amount of money. I only brought 200 euros or Php 12,000  because I don’t have more. I even borrowed that money.

“I really trusted my bf so much that i did not worry so much with having that small amount of money going to the Philippines. Because we planned that I will only buy my ticket and he will take care of all expenses here in the Philippines.

“I came to the Philippines with 200 euros and went back to my country still having the 200 euros, plus gifts for my family and foodstuff for them to try. He even bought me a new luggage because my luggage broke when I arrived in the Philippines. He actually spent more money than my ticket purchase to the Philippines and my mom was really so happy and thankful to him.”

Vika was shocked on some of the comments in the comment section, especially those speculating that her boyfriend Eugene is just another scammer. She even commented how we Filipinos treat our countrymen differently compared to what people told her, before her arrival to the Philippines.

She explained that her boyfriend spent more money to get her to come to the Philippines.