James Deakin posted about the ongoing controversy behind Jover Laurio and how she was paid to boost her anti-administration posts.

He recalled last year when he was in the center of a “heavily funded troll attack” that posted things against him without any proof. But he decided to remain quiet.

And a year after, “the truth comes out,” he said. He claimed that the attacks against him were sponsored as well as the reactions.

Deakin then shaded Lurio saying that she has finally been exposed of being a “shill” and a “fraud”.

“A garden variety troll that is so hungry for fame and recognition that she hasn’t yet figured out that she is also being used by her high profile backers. Poor girl. She just wanted to fit in. And she did. For so long as she was doing their dirty work, of course.”

The journalist then questioned the main stream media’s lack of coverage regarding the controversy now that there’s “hard evidence, receipts, and a confession.”

The confession that he was pertaining to is Kris Aquino‘s comment wherein she admitted of giving funds to her former financial manager, Nicko Falcis, to boost certain social media campaigns.

I always knew I was the subject of a heavily funded troll attack back in Jan of 2018, but without hard proof, I just…

“THIS, I would think, is ACTUAL news. Right? Or maybe I need to boost it first for it to qualify?” he wrote at he end. 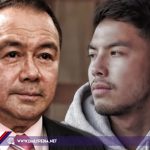 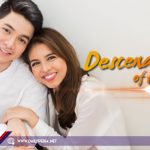