It is an open secret that most celebrities don’t really look like what they are now prior or during their early entry to showbiz industry. They either have grown up; improved their sense of style, fashion, and make up; or sought the wonders of science.

Here are some of the celebrities with their before-and-after looks.

Actress, TV host, singer, and now business woman Toni Gonzaga looked like an innocent teenager when she was just starting. But the actress is now a mother of one and has fully transformed into a classy woman.

Liza Soberano is one of today’s prettiest actresses. But before she became a full-fledged woman, she was an adorable little girl.

Known as The Fat Kid Inside, Erwan was once larger than he is right now. He is currently a content creator, chef, businessman, and the husband of actress and TV host Anne Curtis.

Sarah Geronimo started in showbiz at such a tender age and it’s amazing to see how she has blossomed and matured in front of the eyes of the public.

Sandara Park has reached new heights from being a star in the local scene to reaching the international market by being a member of K-Pop group 2NE1.

Rustom Padilla was one of the hottest action stars and he came out in one of the episodes of Pinoy Big Brother. She is now a transgender and changed her name to Bb Gandanghari.

Kim Chiu was the big winner of the first-ever Pinoy Big Brother: Teen Edition. Her most recent movie was DOTGA: Da One That Ghost Away starring TV host Ryan Bang.

Vice Ganda is actually proud of his former looks. Before he became the stylish host and comedian you see every day on It’s Showtime, he was first a normal college student.

Rhian Ramos, a stylish actress was once a cute chubby little girl and used to weigh more than 150 pounds in her elementary days.

It-girl and supermodel Georgina Wilson used to be a chubby and an awkward kid. She now lives a happy life surrounded by friends and her own family. 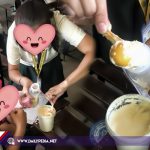 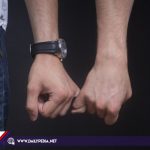