A landmark government survey in the United Kingdom has found that the LGBT community in their country has a significantly worse life satisfaction compared to the general public.

Last June 3, the government published the results that were answered by LGBT people across the UK,

More than a hundred thousand people responded, which made it the largest national survey of LGBT people in the whole world to date.

Results found that there’s a huge gap between the LGBT community and the general public. This underlines the level of work still required on LGBT rights. The respondents were said to be significantly “less satisfied with their lives” than the rest of the UK population. It scores 6.5 out of 10 on average – compared with 7.7 for the general UK population.

“Everyone in this country should feel safe and happy to be who they are, and to love who they love, without judgement or fear.

I am incredibly proud of the UK’s global leadership on LGBT equality and the fact that this is the largest survey of its kind, but many of the results are very disturbing.

It’s unacceptable that people feel they cannot hold hands with their partner in public, and that they are unable to walk down the street without fear of abuse. It is also deeply worrying that LGBT people experience difficulty accessing public services such as healthcare, and that so many are being offered the abhorrent practise of conversion therapy.

This Government has done much to promote a diverse, tolerant society and supporting lesbian, gay, bisexual and transgender people – but it is clear we have more to do.” 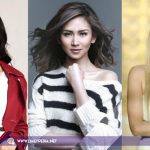 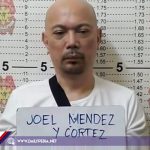