Farrokh Bulsara, or more commonly known as Freddie Mercury, is an iconic British singer, songwriter, and record producer. Moreover, he is well-known for being the lead vocalist and songwriter of the legendary band Queen.

Recently dubbed as a gay icon, Mercury had kept his sexuality and same-sex relationships in private. Even though he died mainly because of AIDS, he never really wanted his true identity to come out early on his career.

But having discovered these photos of him and his last boyfriend, Jim Hutton, you would surely notice the intimacy that unravels the true meaning of love.

Let me tell you a romantic tale of love. Mercury started going out with the then-hairdresser Hutton in mid-1980s. It is reported that in two separate occasions, Freddie approached Jim at a club. Both of these attempts failed. Some said that it wasn’t until the two met for the third time at the same club that Freddie’s determination paid off. For your information, this moment happened almost two years after their first meeting. Since then, they have been together.

Another two years later, Jim moved in with Freddie at Garden Lodge and had been together until the singer’s death in 1991.

Just like any other love story, it must come to an end. It is recalled that Freddie was diagnosed with AIDS. According to Jim, Freddie wanted to let go of him because of his fatal condition. Being madly in love, Jim did not leave his side.

In a documentary where Jim wasn’t able to hold back his emotions, he recalled what he said to Freddie that night he wanted out.

“I love you, Freddie. I’m not going anywhere.”

So he did. Hutton nursed the ‘greatest love’ of his life. He was there until Freddie’s last breath.

Let me give you emotions

Through the years, Jim remains mum about the specifics of their relationship. But today, we recovered 10+ of their sweetest moments as life partners.

It’s really unfortunate how they were not able to last until this very moment when love stories like this are sweet, and not a sin. Let’s hope for their peace, and may their love story lives on. 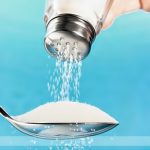