Often times, the people of the internet are setting their ideal kind of relationship based on those of others. Many women get envious of someone else’s sweet and thoughtful partner and dreams of having their own.

The couple is both active on their social media accounts, especially when posting about their relationship.

Female netizens are truly envious of Jia Morado given the fact that she is a talented athlete, and also has a boyfriend as sweet and charming as Miguel de Guzman.

They admired Morado’s boyfriend for standing by her side during the times when she’s having a hard time.

Aside from that, de Guzman is really consistent in posting stuff about his girlfriend as if he is still courting the beautiful lady every single day.

As of today, Morado and de Guzman are both happy with their relationship and not a day goes by that they don’t post pictures and statuses about each other.

The lovable couple garnered a lot of fans, regardless if they like sports or not, and had been posting comments in the couple’s posts saying that they are their #RelationshipGoals.

Their fans had even learned to love both of them because of how well they maintained their wonderful relationship despite their own busy schedules. 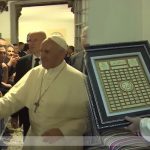 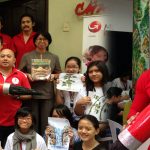