Isn’t it part of an owner’s instinct to be protective of their pets? Clearly, it is not shown in this post that made the internet on fire.

When a post circulated online about a dog placed in a bus compartment, the internet was filled with outrage again.

After investigating the incident, the bus (from Saulog Transit Inc.) is said to travel from Olongapo terminal going to Pasay which roughly takes 3-5 hours of travel.

Netizens are #triggered once again after seeing the clueless dog sat innocently in the compartment.

Many asked how can the owner permit the bus administration to do such cruelty. Imagine how the owner can possibly be sitting comfortably inside the air-conditioned bus while his or her pet is looking for him/her.

Witnesses of the incident say that people tried to talk to the owner but he acted like he doesn’t even know his pet exists. People also reached out to the security, but to no avail, the doors started to close and the bus started its departure.

Mixed emotions filled the internet as they show despair, anger, and sadness, mainly for their empathy to the dog, and anger to the owner.

One netizen tweeted, “I hope the poor dog survived.”

We are all hoping that the dog safely survived. This incident is a lesson to everyone, never bring your pets with you if you know that it will not be permitted to stay with you.

Bus company, yet to respond

The bus company involved in this issue has not yet released a statement.

However, netizens addressed bus companies that they should never allow this kind of cruelty to animals ever again. Moreover, they should not permit animals to be placed inside the compartment, because it’s not safe for them.

May this be a great lesson to both pet and bus company owners. 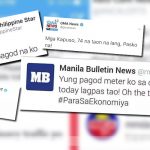 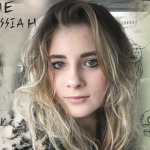