Everyone makes mistakes, and that is inevitable as it is what makes us human. There will always be one incident or two that we will commit mistakes, no matter how hard we try to avoid it.

Some people are lucky enough to do a tiny bit of slip-up only, while there are also a few unfortunate ones who had it embarrassingly seen by the public.

This handler wasn’t even able to click the Switch Account button because of his tiredness. Poor thing!

Would anyone want to surpass this handler’s tiredness meter level? Whoever is higher gets a prize!

Great news for the godparents out there! No need to hide from your godchild!

Seems like PAG-ASA is using a new code for the weather, eh?

When you see a post that says, “Tag someone you know who likes this..”

It seems like Liam Hemsworth is already experiencing some signs of aging.

Is Hidilyn coming in like a tornado, or is she the tornado?

A verified account’s handler mistakenly mixed up what he should and shouldn’t say.

Who isn’t afraid to be hungry anyway?

When you start telling a story to your friend, but you remember that it was supposed to be kept a secret..

This local media’s Twitter handler apparently got superpowers which lets him see the future!

Just in case you are wondering if MTRCB really do monitor shows.

When you were about to say something, but you’ve already forgotten what it was.

The handlers of these verified accounts might have made a slip-up, but we should admit that it was also funny at the same time. 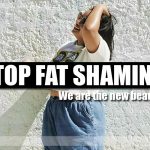 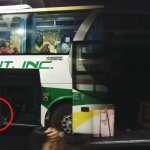