Filipinos are big fans of love teams. They follow their idols’ every move, watch every movie, and buy anything and everything that can be associated with these couples. Take for example Kathryn Bernardo and Daniel Padilla, also known as KathNiel, who’ve conquered the box office. Or James Reid and Nadine Lustre, also known as JaDine, who have a lot of endorsements. Liza Soberano and Enrique Gil, or LizQuen, who headlined the phenomenal soap Forevermore. Alden Richards and Maine “Yaya Dub” Mendoza, or AlDub, who packed the world’s largest indoor dome to the brim with fans.

But before there was KathNiel, JaDine, LizQuen, and AlDub, there were other Pinoy love teams that became popular in the past. Do you want to know who made your parents (or grandparents) swoon?

The Dailypedia lists ten Pinoy love teams that were phenomenal during their time.

The most admired love team of Philippine show business from 1960s to 1980s. Guy (Nora Aunor) and Pip (Tirso Cruz III) made many hit movies, radio programs, television shows, and songs. They were at the peak of their popularity in the ’70s.

Sharon Cuneta and Gabby Concepcion’s real and reel love story started when they filmed their movie, Dear Heart in 1981. Although now separated, the generation of the ’80s will always remember them as the ultimate love team.

The “CharDawn” for Richard Gomez and Dawn Zulueta’s love team will be honoring their 25th year in 2016. Dawn claims that their love team-up is unlike those of other love teams. Even if the CharDawn backstage romance did not work out, it didn’t mean a conclusion to their love team. It still lives on because of their extraordinary chemistry.

The TGIS days of Bobby Andrews and Angelu de Leon started their love team. They both had fun recalling their love team days and disclosed that their most romantic scenes were filmed when they were not in good terms with each other. They recently starred in the afternoon soap “Buena Familia”.

Although it’s been twenty years since Aga Muhlach and Lea Salonga made a movie together, the excitement of their love team still lives on. Their love team started with their famed movie “Sana Maulit Muli”. Currently, Lea is still active in showbiz as one of The Voice’s judges, and Aga is set to come back to ABS-CBN as a Kapamilya.

The Shernick loveteam for Sheryl Cruz and Romnick Sarmienta, had something eminent going for them. They attracted their fans during team-up in their movies in the late 1980s. Together they appeared in more than 10 movies, one of which was “Everlasting Love”

At the peak of their loveteam’s popularity, the soap “Pangako Sa ‘Yo” was the highlight in their careers. Kristine Hermosa and Jericho Rosales were identified as “Yna” and “Angelo” in this primetime series. Their chemistry was uncanny that they were well received not only in the Philippines, but their hit soap was even translated into different languages and was shown in other countries.

The ‘90s teen love team of Jolina Magdangal and Marvin Agustin first attracted to televiewers when they were paired in Gimik, a youth-oriented show. Marvin and Jolina are well-known for their romantic-comedy films and television series. They were recently reunited in the recently concluded soap “Flordeliza”.

The Judy Ann Santos and Piolo Pascual tandem started the way for their success today in the showbiz industry. They are among those in the upper levels of stardom because of their charisma, looks and talent. They were paired in several movies and were rumored to be dating exclusively when they were a love team.

Sandara Park and Hero Angeles were winners in the Star Circle Quest which also started their loveteam. The fans were attracted to Sandara’s Asian outlook because Asian novelas were a hit at that time. Currently, Sandara is now part of the Korean pop group 2NE1 and Hero is trying to make his way back in showbiz appearing in a couple of shows in ABS-CBN.

Which is your favorite love team of all time? Leave a comment below. 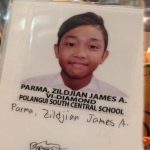 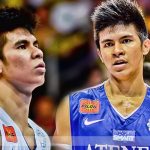