This is not the first time President Rodrigo Duterte slammed this two media companies regarding their alleged biased reporting.

He released a spicy statement after administering the oath of the the officers of the Philippine Councilor’s League.

He also dished out the 200-million-peso issue in his bank account.

The president also addressed that the two were never fair, even during the elections.

Jose Ma. Nolasco, executive editor of Inquirer said in a statement that the newspaper company took exception on Duterte’s remarks.

“Even as we’ve courageously pursued the truth in our coverage, we’ve endeavored to get the administration’s side of any controversy,” he said as he notes that their newspaper had a column entitled View From The Palace. This section allows the administration to write or clarify their policies and personal matters.

ABS-CBN is yet to release a comment about this.

However, the National Union of Journalists of the Philippines slams Duterte for his hasty generalization.

In a statement, they said, “Mawalang-galang subali’t napakalinaw na kayo po, at hindi sila, ang bastos. It was a brazen abuse of your immense power as chief executive of this land and only shows how little, if any, appreciation you have of democracy and governance.”

The group does not expect an apology from Duterte, but they can’t be tamed as they fulfill their “duty to inform the people as best we can of what is happening to our country, whether you agree with what we report or not”. 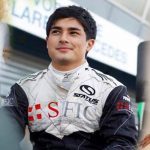 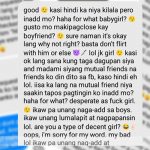