After the controversial tanim-bala scam, the Ninoy Aquino International Airport (NAIA) is again being plagued by a new controversy.

In a Facebook video that went viral on social media, an Overseas Filipino Worker (OFW) is claiming that his luggage was opened at the airport.

In the video, an unnamed man can be seen shouting at the baggage carousel area of NAIA, claiming that his supposed 17-kilo luggage was opened and looted. The irate balikbayan even called on other people and even the media to give attention to his complaint.

The post, which as of writing has already reached more than 117 thousand views and was shared more than 6 thousand times, has attracted many comments mostly sympathizing with the man and criticizing airport officials and personnel for yet another scam.

But while many have sympathized with the man, one commenter posted the ground crew’s version of the events.

Based on the screengrab of Avon Aras’s post who claimed to be the woman who attended to the situation, the man had picked up someone else’s luggage by mistake. The luggage tag showed that it belonged to a man named “Amo” and not Labay, the name of the complainant. She said the man apologized to her and other airport personnel for the inconvenience he caused. 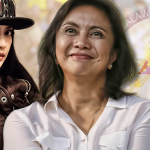 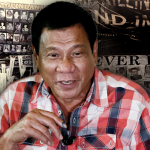