DAVAO CITY, Philippines. During a news conference in Davao City on Tuesday, May 31, president-elect Rodrigo Duterte blamed corruption in the media for the murder of journalists in the country.

The outspoken Davao city mayor made the remark when asked about his administration’s policy on media killings.

Duterte said that most journalists who were killed accepted bribes but continued to criticize  the personality or public official in the media.

(Many die because most of them are paid. They take sides or they attack indiscriminately.)

Duterte even used the murder of Davao-based radio broadcaster Jun Pala as an example. He even revealed that he knew who killed the journalist in 2003.

“I don’t want to demean his memory but he was a rotten son of a bitch. He deserved it. Eh ganu’n eh,” Duterte said.

According to Duterte, journalists will never be put in danger if they don’t engage in any dubious activity. He added that media professionals wouldn’t be protected by the constitutionally guaranteed freedom of the press if they have done something wrong.

“Just because you are a journalist you are exempted from assassination if you are a son of a bitch. Freedom of expression won’t save you. The Constitution cannot help you kapag binaboy mo ang isang tao (if you ruined someone’s reputation).”

National Union of Journalists of the Philippines (NUJP) releases statement

In reaction to Duterte’s controversial statement on media killings, the National Union of Journalists of the Philippines (NUJP) has released a statement through their website.

According to them, nothing justifies the murder of journalists.

“Mr. Duterte’s crass pronouncement not only sullies the names and memories of all 176 of our colleagues who have been murdered since 1986, he has also, in effect, declared open season to silence the media, both individual journalists and the institution, on the mere perception of corruption.” 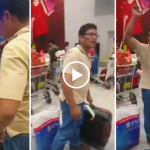 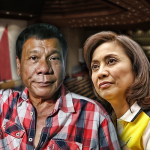