Last December 9, Cong. Leni Robredo visited the Banilad Campus of the University of Cebu (UC) to hold a question-and-answer forum with UC students and several members of the public. She was asked about her opinion on same-sex marriage. UP Cebu Student Council member Isaac Saguit was there to record her answer, he shared it via Facebook in a post dated the same day.

“…Leni Robredo, without fear and without thinking twice, told Cebuanos in UC that everyone should be able to choose who they wish to love,” began Saguit’s post. “She reminded everyone that human rights is [sic] universal and that everyone should enjoy the same rights everyone else is enjoying.”

Saguit further quoted Robredo non-verbatim, “…that while we should respect religious beliefs and the right to religion, we should also respect the fact that the state does not and should not cater only to one religious group.”

But in a predominantly Catholic country, the issue of same-sex marriage is still a very touchy subject.

To which Job Solilapsi countered, “There are religions that allow same-sex marriage. So I think if your religion doesn’t allow that, you should just refuse to participate. It’s your right. But if others want to marry who they love, one cannot say it’s immoral as there are thousands of religions in the world.”

But a vast majority of those reached by Saguit’s post showed their respect and admiration for Robredo, such as Ronald Menchaves who commented that it was “Very bold of her.”

“F I N A L L Y,” exclaimed Kate Heceta in all caps. “A candidate actively giving their support to the LGBTQ community. Time to wake up Philippines. Everyone is entitled to love. Marriage is a human right, not a heterosexual privilege.”

Robredo’s favoring same-sex marriage even had netizens changing their minds about their VP picks.

“With the growing population of LGBT in the country, candidates should present a platform to promote equality regardless of gender or at least try to pander. I’m now giving my VP pick a second thought,” said Aldrin Perez.

Cresencio Agbayani, Jr. agreed, “Good to know that she favors same sex marriage. Im [sic] thinking of giving my vote to her for VP.”

But for the original poster, Isaac Saguit, there seems to be no doubt. Robredo has his vote.

“This woman right here, who had been in the service of the marginalized for the most part of her life, this woman who had always put the voiceless first, this woman who shows so much passion in what she is fighting for, this woman who is arduously pushing for the reform agenda for a more equitable Philippines, this woman—Leni Robredo, is definitely my vice president.” 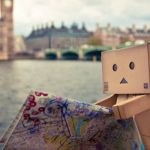 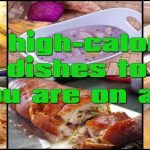