Aside from the two candidates, the video entitled Fast Forward sa Daang Matuwid features a song performed by Billy Crawford, JayR, and Kris Lawrence. They are also joined by other celebrities including the KathNiel love team (Daniel Padilla and Kathryn Bernardo,) Maricel Soriano, James Yap, Ramon Bautista, and Roxas’s wife, Korina Sanchez. With the slew of talents coming together for the ad, a few netizens have compared it to a station ID music video.

Other netizens tended to pick on a couple of celebrities who apparently went balimbing (switched sides).

But the greater number of netizens, after noticing the video’s high production value, expressed their outrage, apparently believing that taxpayers’ money went into it.

“The yellow is hurtful to the eyes, especially the text right at the end. I can understand from an advertisement perspective the move made. Most Pop-Icons, old and new, were here to promote Mr. Roxas, heck I can even understand the inclusion of his wife,” began Kaoru Patlunag’s post. ” My questions are… whose money was paid to do this? is this included in the campaign limitations by comelec?”

Here is the Fast Forward sa Daang Matuwid video. Let us know what you think of it on the comments section below. 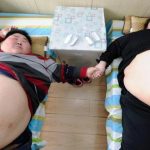 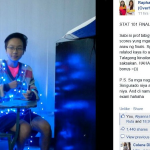