Alden Richards and Maine Mendoza of the AlDub love team are not the first celebrities that were made famous by Eat Bulaga! Even before the country went gaga over this couple, there have been many unknowns that became popular through the longest running noontime show. They may not have conquered the world, but they made a name for themselves in the Philippines. You might still see some of them on TV while others have taken a different career path.

Let’s get to know the top 10 celebrities that Eat Bulaga! made famous.

Vhong Navarro and Jhong Hilario: two of It’s Showtime’s hosts are former members of the Streetboys who used to be backup dancers on Eat Bulaga!. They were on the noontime show when it was still airing on ABS-CBN, and they were pitted against the more popular Universal Motion Dancers (UMD). They were still dancing for Eat Bulaga when the noontime show transferred to GMA. While UMD was popular for their provocative dancing, Streetboys got famous for their break-dancing moves.

The group also starred in a few movies. Spencer Reyes was the one who got most of the attention back then and he was even paired up with Aiza Seguerra. 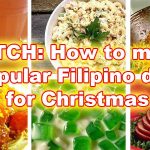 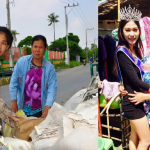