Thailand. The story of a young beauty queen, Khanittha “Mint” Phasaeng, became an inspiration to other people after she admitted that she used to be a garbage collector.

Before winning the crown, she, along with five other family members, lived in a 4-by-5-meter shack. This small space also served as a storage room for the garbage her mother collected before she would separate and sell them, reports The Star.

At 14, Mint had to leave school because her mother couldn’t afford her fees. To help with her brother’s education and the everyday family expenses, she began selling clothes and collecting garbage.

She was later adopted by a salon owner who sent her to school until she finished Level 8 (Mathayom 3).

With Mint’s desire to get back in school and raise money for their needs, her mother encouraged her to join the Miss Uncensored News Thailand beauty pageant. They used all their hard earned money for Mint to enter the competition.

When she won the title, Mint immediately returned to her hometown and paid her respects and knelt down at her mother’s feet as a sign of gratitude.

Describing her success, she said, “I didn’t believe that I will win. It’s like a dream. Everyone relies on their own efforts to support themselves. To be able to achieve success today is due to that hard work and effort.”

“What I have today is because of my mother. She and I make a living by doing honest work, so there is no reason why I should feel inferior,” she told Drama Fever.

In another interview, she said she would still help her mother collect garbage whenever she’s free, “even though she (her mother) is unwilling to let me do it.”

The victory opened up some opportunities for Mint, including ad modelling and acting.

Featured image via Asia One 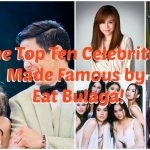 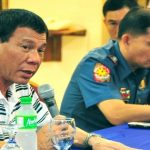