Last October 3, Facebook user Bernard Ong posted on his feed a lengthy discourse entitled “The Business of Buzz: Who makes the most out of AlDub?” In it, Ong offers his theory on the business behind Eat Bulaga’s phenomenal Kalyeserye segment.

He starts out by explaining that while the love team of Alden Richards and Yaya Dub (Maine Mendoza in real life) are the stars of the show, they really aren’t the ones raking the money in. Because Alden had already signed a contract before the love team gained any buzz, he will only benefit from endorsements signed post-contract. Yaya Dub, on the other hand, is signed under—as Ong calls it—a rookie contract, which includes advertisements. “She gets paid peanuts until her contract expires, which will be after the buzz is over.” Ong states.

The three lolas (played by Wally Bayola, Jose Manalo, and Paolo Ballesteros) and even TVJ (Tito, Vic, and Joey) themselves are paid talents, so Ong doesn’t think they benefit much, either. He doesn’t even think it’s McDonald’s, Talk ‘n Text, and other advertisers. They get a boost, but at the end of the day, since they are the advertisers, they are the ones who’ll shell out money to pay talents and ad spots.

GMA Network is paid a fixed rate, since Eat Bulaga is a block timer, so it’s not the network either, opines Ong. So who is making a profit out of AlDub? Ong points to ex-congressman and convicted child rapist Romeo Jalosjos. “He chairs block timer TAPE Inc. which owns Eat Bulaga.” Ong explains. “So while Joey de Leon was at war with Lea Salonga over Kababawan. Jalosjos is at peace with his Kayamanan. Let’s not get too attached. It’s just business at the end of the day.” He further labels Jalosjos as a political butterfly “His double-life sentences were commuted by GMA (former president Gloria Macapagal Arroyo) after 10 years in prison – officially for “good behavior”, allegedly for “electoral services.” After GMA, he shifted his support to VP Jejomar Binay. With Binay’s dip in ratings, he attached himself to Grace Poe.”

Ong’s “The Business of Buzz” post has so far generated 429 likes and 308 shares. A lot of netizens agree with Ong’s theories, with some expressing their shock and alarm, such as FB user Marie Gaspar. “OMFG Jalosjos with 2 counts of rape and 6 sexual harassment!!! I read the case’s original full text and I just wanted to barf after!!!!!!” User Alan Lozada meanwhile seems incredulous. “Disturbing if true. So, a convicted child rapist is reaping the most benefit from this ‪#‎AlDub‬ phenomenon?” Maryjoy de Dios agrees with Ong’s views, “business naman talaga yan from the start. (Right from the start, it’s only been about business.) And people believe the love story is real.” Jai Genilza is quick to chastise viewers. “Its business at the end of the day. At the expense of too many fools like U.” AK Castillo agrees, “Well played. You are all nothing but a factory of pawns.” While Anima Bonita hopes that the post will make people think and open their eyes, “esep esep den madlang pipol!!! (Think, think, people!)” Steven Fernandez, artistic director for the Integrated Performing Arts Guild, thinks Ong’s logic is sound. “Now this is something new. We’ve used Cultural Studies, Marketing and Advertising, psychology, and a lot more inter-disciplines for our analyses of this cultural ‘event.’ (Our class yesterday on Cultural Studies somehow nailed the conclusion about the ‘event’s’ manipulative order, and how the vast majority rides on this bandwagon to reinforce social structures.) We never saw the hand of convicted rapist Romeo Jalosjos in the configuration. Here is a twist, and a compelling one! Sounds logical too.” However, Lyn Saul would like to take the show at its face value. She expresses her plea, “Hmmmm its complicated hehehe di ba pedeng nakaka happy lang talaga sila? (Can’t it be that they just make people happy?)” 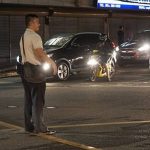 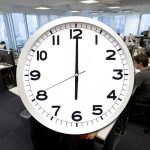