Unless you’ve been living under a rock, then the chances are high that you’re at least aware of what—or who—AlDub are. (FYI Aldub is the tandem of Alden Richards and Yaya Dub aka Maine Mendoza.) This is partly what makes the Eat Bulaga! kalyeserye such a phenomenon. It transcended television and has pervaded the online world, via social media updates and daily hashtags that trend and are tweeted by the millions.

To say that the segment has garnered a loyal and avid (or is the term “rabid” more apt?) following would be an understatement. This recent incident involving the AlDub nation is perhaps testament to this. Last September 24, The Manila Times posted online an editorial cartoon depicting the effects of AlDub addiction. It shows a man on his knees, seemingly worshipping and clutching a TV remote at the same time, with a wide-toothed grin plastered on his face. He has his back turned on a television showing national issues and instead, his exposed brains are eagerly sucking up a TV that shows AlDub.

Negative criticism rained down on the website’s comments section almost upon posting. Reader Jaime Santiago even dared to ask, “…how much did ABS-CBN paid [sic] you for this?”

Another reader likens the posting of the editorial cartoon to an example of the Filipino crab mentality. “Mga utak talangka nagsulat nito. Bakit kung laban ba ni Pacman, kumokontra kayo sa craze ng mga Pilipino?? Nasosolve ba kahirapan ng Pilipinas pag nananalo si Pacman? (The people who wrote this have crab mentality. If it was a Pacman fight, would you oppose the craze? Do Pacman victories solve poverty in the Philippines?”)

The debate even trickled over to the publication’s Facebook page, with one user chalking up the opinion piece as yet another “stupid post” by the Times.

“natawa ako dito… (This made me laugh…) hehehe! highly respected ang The Manila Times when it comes to news…but this?i hardly can’t wait for that ‘dislike’ button Facebook has yet to offer in social media!Yeeeesh!!! [sic]” Posts user Sandie Torres.

Other users were more tame, but still tended to disagree. Aleksandros Magnus writes, “Manila Times this editorial cartoon seems over reacting on segment of a tv show…you can do better than that.”

But the Times also had its fair share of defenders, mostly those who are fed up with seeing AlDub on their feeds day in and day out.

FB user Emmanuel Liwanag is in agreement. “Sobrang babaw na ng mga pilipino ngayon! (Filipinos today have been dumbed down.) Thumbs up TMT! Only literate people can understand this!”

On the other hand, Mika Hara tries to explain the cartoon as she understands it. “It’s about the nationwide interest in Aldub, and not having enough in relevant national issues. Isipin niyo naman kasi kung ano ang kaya nating gawin kung ‘yung /mass action/ na ginagawa sa Aldub (by trending it on social media) ay napunta sa national issues instead… (Think about it. If the mass action, the effort of making it trend on social media, were instead focused on national issues, imagine what we can achieve…) Nakakadisappoint yung comment section ng post na ‘to… (This post’s comments section is disappointing.)”

Maki Rubio Cervantes also offers this lengthy explanation. “…If you take a closer look at the caricature and if you try to look at it in a different perspective, the Manila Times is simply pointing out the obvious that in comparison to a long list of current & important social issues now, most Pinoys would rather spend time clamoring the pseudo-romance of Aldub. Don’t get me wrong, I have nothing against the now popular kalyeserye in noontime tv pero I think what the Manila Times was trying to emphasize is if only Filipinos are as much eager in doing their part to be a better Filipino by involving themselves in discussions of social relevance as much as their fanaticism over Aldub, then perhaps we can create more awareness sana lalu na sa karamihan ng mga Pinoy kasi halimabawa pagdating ng eleksyon dahil mas concern pa sila sa luvlife ng mga artista sa telebisyon, they are not making a well-informed decision in choosing the right people to run this country. (…especially with the coming elections, they are not making an informed decision as to who is the best choice to run this country, but instead are more concerned with actors’ love lives.)”

Yet another group is calling out both the Times and the commenters for making much ado about nothing, such as Garcia Harvey who is asking, “Come on manila times give us some chill.. aldub=goodvibes.”

“Ang bababaw ng mga nag aaway sa comments. (I think people fighting in the comments section are dumb.) I watch the news and understand the issues our nation is facing… You watch aldub and sometimes I do too becasue [sic] it’s funny.” Says user Harold Cortes, taking the apples versus oranges approach. 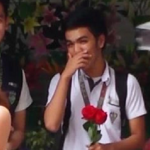 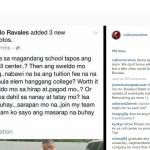