A Spanish couple’s wedding photo has gone viral as the newlyweds were not just policemen who got married in full uniform, they happened to be a gay couple as well.

Spain, which was one of the first countries that legalized gay marriages, still has a stigma against gay couples. However, Chema and Jonathan, police officers from Catalonia, Spain did not shy away from expressing their love, but were proud to have their wedding vows in full uniform. The couple was so proud they even posted their wedding photos on Instagram for all the world to see. They are the first ever gay couple to marry in police uniform, and their story has gone viral on the internet and social media sites.

The couple was even honored with a saber arch by their colleagues.

The wedding was like a fairytale come true for the couple.

And they even made history by being the first ever gay couple to marry in full uniform.

“If it helps someone who is being bullied in school for their sexual orientation to see it as something normal, then that’s great. It’s not something that should be hidden just because you belong to a particular institution,” Chema stated.

According to Gay Star News, the newlywed couple spent their honeymoon on a tour in the U.S. Congratulations to the newlyweds!

In June 2015, the United States legalized same-sex marriages by a supreme court ruling. 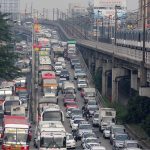 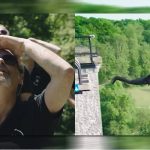