If you’re planning on buying a car but don’t have a garage to park it in, then you might want to rethink your plans.

House Bill 5098 or Proof of Parking Space Act will require car buyers to provide the Land Transportation Office (LTO) with proof that they have parking space. Also known as the “no garage, no car policy,” the bill was discussed by the House Committee on Transportation last week.

According to Valenzuela Rep. Sherwin Gatchalian, the policy is currently being practiced in India and Japan. The lawmaker said that such measures could prevent Metro Manila from becoming a big parking lot.

Highway Patrol Group head Chief Supt. Arnold Gunnacao suggested car dealers and manufacturers should take responsibility in requesting proof of parking space from buyers before selling vehicles to them. Should the bill become a law, Gunnacao said  that car owners should be given three months to secure a parking space.

Albay Rep. Fernando Gonzalez, who appears to be against the measure, stressed that buyers should not be hindered from owning a car.

Do you think this policy will finally solve the gruelling traffic in the Metro? 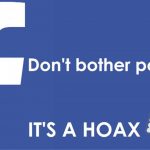 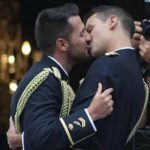