A girl (whose name was withheld for privacy reasons) has become the target of netizens’ anger these past few days after she posted a rant against her dad on Twitter. What shocked netizens was that she had the audacity to insinuate that her dad did not have the right to ask for her whereabouts because she’s already an adult (her exact age was not made available) and that he is not her boyfriend to be asking such questions.

This incident is probably just another bout of teenage rebellion which netizens would have ignored in other circumstances, but this girl’s choice of words and mistaken belief that her boyfriend has more right than her dad in asking about her whereabouts actually angered a lot of people. It did not help that she posted this rant on social media and readily admitted to having shouted at her father for his unwelcome interference.

What the girl failed to understand that entering adulthood does not mean her father loses his authority to look after her welfare, especially if she still lives under his roof. The fact that the girl was more willing to let her boyfriend have the right to question her whereabouts was even more disturbing.

According to RachFeed, angry netizens berated the girl, saying that she should be grateful her dad is still alive and that he is concerned about her well-being. They also pointed out that there are many neglectful dads who are absent in their kids’ lives and don’t care at all what happens to them. This girl had no idea how lucky she is. 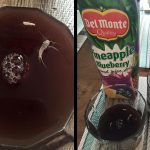 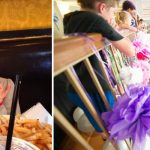