Charming five-year-old Lila May Schow has been battling cancer for three years—and doctors believe she will not last another year since her frail body is barely holding on. Hoping against hope but knowing that they should make the most of Lila’s presence, the family decided to throw her a grand party.

With the help of an ever-supportive community around them, Lila’s parents Ryan and Heidi organized a party that she would always remember. A crowd-funding campaign was also started for a cause—and it received an overwhelming response, with thousands of netizens pitching in to help give this brave little girl the best birthday ever.

A princess-themed party would be the grandest, of course; so, this was picked for Lila’s birthday. Her guests were requested to come in formal attire, preferably a gown, as the charming little princess was wearing a princess gown herself, arriving at the party as Cinderella. She was also surrounded by the other Disney princesses who came to celebrate the exciting occasion.

Knowing that Lila would never get the chance to be married, her father decided to “propose” to her so they can get “married” and Lila would experience a wedding even if she had no idea what it was all about, anyway. 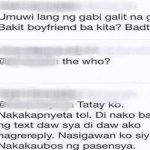 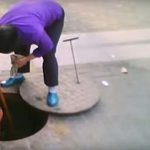