Netizen John Paul Manlulu posted screen caps of the fake Facebook account of a teacher from Mapúa Institute of Technology in Intramuros which was used to cancel a class.

The teacher, Gena Aquino, posted on her real account how she was annoyed that the poser announced that her 7:30 a.m. class was cancelled. As a result of the false announcement, only one-third of her class showed up. She vowed to find the said student.

In less than a day, Aquino found out who created the fake FB account with the help of Mapúa’s Department of Information and Technology (DOIT). The culprit was one of her students in her Humanities subject.

The email to her also showed evidence and traces of the forgery. Aqunio proudly said, “Sabi ko naman sa’yo, mahuhuli rin kita. [I told you I would find you.]”

The guilty party turned out to be a first year student. . (See update below.)

Manlulu posted the story with the hashtags ‪#‎MagalingNaBata and ‬‪#‎AngKabataanAyHindiPagasaNgBayan‬. It’s a shame how students nowadays resort to such tactics just to get out of classes.

The guilty student even used Mapúa’s own resources, a school which prides itself on being one of the more advanced schools in the country in information and technology, to execute his scheme. 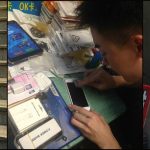 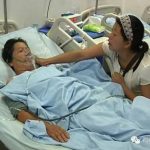