Manhood is a concept, an ideal, but it can also be said that manhood can be summed up, embodied, in what men believe to be their most important organ: their penis. Thus, lucky for these three patients that technology has reached a state where skilled doctors are able to grant them normalcy in the face of horrifying accidents and birth deformities.

The first case occurred last March when the world’s first successful penis transplant was performed in South Africa. This amidst a sea of controversy and heated debate on the ethicality of the procedure, as it is not a life-preserving one such as that of a heart transplant.

One of the surgeons, Dr. Andre Van der Merwe defended the procedure. In an interview with the BBC, he said, “You may say it doesn’t save their life, but many of these young men when they have penile amputations are ostracized, stigmatized and take their own life… If you don’t have a penis. you are essentially dead. If you give a penis back, you can bring them back to life.”

Doctors further state that South Africa, more than anywhere else in the world, has the need for the most penis transplants. Hundreds of boys each year are mutilated or maimed during initiation ceremonies meant to mark their passage from boys to men.

The patient who underwent the transplant was a victim of a botched circumcision during such a rite of passage. He was left with just 1 cm of his original appendage. Now, thanks to the Cape Town doctors, he can once again normally pass urine, have an erection, an orgasm, and ejaculate. The transplanted penis came by way of an organ donor. 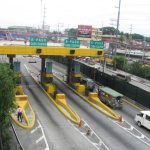 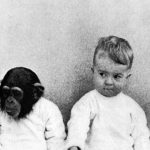