The passing of the same-sex marriage law in June was met with mixed reactions from people all over the globe. Some rejoiced this further step to equality, others were outraged the law was passed while others seemed indifferent to it. Nonetheless, the news became a hot topic and a cause of celebration for many.

A few days after the news broke out, though, photos surfaced on the internet that outraged not only many of those opposed to same-sex marriage, but even supporters of the law and members of the Lesbian, Gay, Bisexual, and Transgender (LGBT) community. The photos were an apparent mockery of the Catholic religion. The photo which enraged many, in particular, was one of two gay men kissing while on a crucifix.

Many had reacted that the LGBT community always called for respect for their sexuality and gender preferences, but how could it be the LGBT community could not respect religion? Naturally. the photos spread like wildfire on social media.

But as it turns out, the photos were already on the internet long before the same-sex marriage law was passed. The collection of photos which are circulating on social media are actually from different events all over the globe which happened before the law passed on June 27.

One photo was taken in Sao Paolo, Brazil on June 7. Transgender activist Viviany Beleboni dressed up as a crucified Jesus Christ in a parade. Beleboni wanted to call attention to what LGBT people suffer in Brazil, like Jesus’s suffering on the cross.

Another photo was uploaded in April 2012 featuring a gay man kissing kissing an actor playing Jesus. Even though the origin and the story behind the photo is unclear, it is for certain that the photo was already on the internet more than three years ago.

The most controversial photo circulating in the media today is that of two topless women kissing while “crucified”. Above them is a sign saying, “LGBT”. The image was apparently taken at a protest, not a gay pride parade. The photograph is said to be taken in Brazil in October 2014. Not very long ago, but nonetheless had nothing to do with the passing of the same-sex marriage law.

Lastly, the photo of two gay men laughing on a cross was taken at a Hunky Jesus contest sometime between 2009 and 2013. The event was hosted by a gay charity group called the Sisters of Perpetual Indulgence which holds a contest for the hunkiest Jesus lookalike. While naturally, most Christians continue to express their outrage over this event, the group claims it is to promote human rights and liberal issues. Still though, it was not posted to mock those opposing same-sex marriage law in recent time.

All it takes is a little effort to dig up photos to create a whole new controversy on top of an issue. Netizens and citizens should first consider and review sources before expressing their outrage. Even though the post really may be offensive to Christians, the LGBT community was hit with a lot of negative comments because of the re-surfacing of these photos. It may be these photos make a mockery of the church, but it is now clear they were not meant to offend religious groups opposing the passing of the same-sex marriage law. 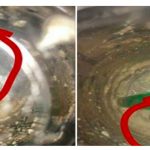 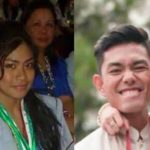