PHL-Microsat-1, nicknamed Diwata (Fairy,) is the first of two proudly Filipino-made micro-satellites which is scheduled to be launched next year.

The satellite is the thesis of a group of Filipino scientists currently completing their Master’s Degree program under a scholarship grant from Japan’s Tohoku and Hokkaido Universities. The second micro-satellite, that has yet to be nicknamed, will hopefully launch in 2017.

As the name suggests, a micro-satellite is a small satellite typically weighing between 10 to 100 kilograms. PHL-Microsat-1 and 2 will weigh around 50 kilograms each. Despite the size, they would still be able to provide pictures, measurements, and data sufficient for research and observation purposes.

Equipped with a High Precision Telescope and a Spaceborne Multispectral Imager, Diwata will be able to capture 3,600 images daily. These photos could prove helpful for disaster preparedness and weather forecasting; environmental, agricultural, fisheries, and forest conservation; monitoring of cultural and historical sites; and even security purposes. It can even determine the extent of damage from disasters and can note changes in heritage sites like the Cordillera Rice Terraces or the Mayon Volcano.

The satellite will be placed in LEO (Low Earth Orbit) after being launched from the ISS (International Space Station, a large habitable satellite.) Back on Earth, the data from Diwata will be received by PEDRO (Philippine Earth Data Resources Observation,) a ground station to be constructed in Subic. PEDRO will also be in charge of controlling Diwata.

Meanwhile, a separate research laboratory will be set up in UP Diliman. Their task is to work on continuing improvements on the country’s micro-satellite program. 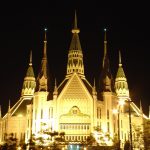 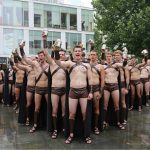