Issues of offloading at the Ninoy Aquino International Airport (NAIA) has been going on for a while. Complaints about being offloaded due to Bureau of Immigration (BI) officer interviews a few hours before boarding has been piling up and it keeps on happening again and again.

On June 18, 2015, another issue about offloading at the NAIA Terminal 3 made the rounds on Facebook when netizen Julianne Dee posted about her fury with the Immigration officer who held her for a “short interview” in the BI office, causing to miss her flight to Singapore via Cebu Pacific Flight 5J803.

Dee (or Julie Ann Dela Cruz, as seen in her boarding ticket), elaborated how an Immigration officer kept her waiting for one and a half hours only to be asked to submit futile documents she didn’t even think were needed for her departure. Dee said she has all the required documents ready, even brought papers that she thought would be useful for her trip like the passport copy of her relative in Singapore, Invitation and even Singapore and Philippine IDs, but the certain Ms. Rezano of BI demanded for a birth certificate of her grandfather, who was already dead, to prove that she really is a relative. After all the fuss, she missed her flight. And to add insult to injury, when she went to re-book her missed flight with Cebu Pacific, she paid Php9,000, far more expensive than the ticket she initially purchased.

Netizens who had the same experience were fuming mad,  saying this is how the BI runs their offices at the airport.  With all the clamor about the unreasonable offloading at the Philippine airport, what could be the cause of all these “interviews?”  Leave your comments below.

According to Bureau of Immigration spokesperson Atty. Elaine Tan, Julie Ann Dela Cruz did not arrive early enough before her boarding time, contradicting her statement that she was held in the BI office for a brief interview that made her miss her flight to Singapore. Tan told Inquirer.net in a phone interview that Dela Cruz should have not expected the BI officer to accommodate her right away as there are others who came in before her.

“It was not as if we told her to set aside and wait for the immigration official. That is why we have been advising passengers to arrive at least three hours before the boarding of their flight,” Tan said.

Reading from the guidelines, Tan said, “If not financially capable to travel, an authenticated affidavit of support, indicating therein the relationship within the 4th civil degree of consanguinity or affinity, together with the supporting documents, may be entertained.”

“Hindi rin po na-establish ‘yung employment niya. (Her employment was not established) So based on the totality of circumstances, she is likely to be a victim of human trafficking. High risk po,” she disclosed.

The Dailypedia is open for any clarification from Ms. Julianne Dee’s side. 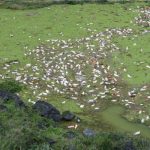 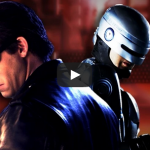