After drawing flak over their refusal to cancel the Yulin festival where dogs are butchered for their meat, the Chinese are now being ridiculed by many for what is believed to be “karma” for their actions.

See: Eight facts about the Yulin Festival and what we can do to stop it #stopyulin2015

As many as 16,000 pigs drowned after heavy rainstorms brought flash floods in the villages of Liuye Township in Guangxi Zhuang Autonomous Region, Southwest China last June 16, 2015. The problem not only affects the agricultural industry, but also public health and safety as the rotting carcasses are already emitting a stench.

The incident sparked a massive cleanup procedure as the rivers and land in the area were filled with rotting swine carcasses. Although these animals died of drowning, not disease, these would still become a threat to health in the coming days. Local officials are working extra hard to remove these dead pigs from Huangpu River and Yangtze River before the stench overpowers the villages.

Aside from burying the dead pigs, the locals are also doing their best to sterilize the area.

Most of the pigs came from a pig farm managed by a man named Wang Lin. He said they have evacuation procedures in case of flood and other calamities, but the waters from the flash floods rose so fast that they had no time to evacuate the pigs. 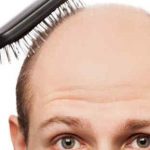 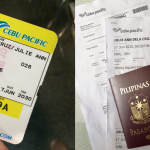