The internet is abuzz over photos of a T-Rex being mistreated by handlers by tying its body and mouth onto a trailer.

What made the incident even worse is that the poor creature was reportedly bound to that awful trailer for 30 hours. Just imagine how cramped it must have felt after being stuck in the same position for so long. Could you survive that torture? As Jonathan Chase pointed out, dinosaurs are animals, too! They deserve our love and care.

“This is an outrage. This beautiful, endangered Tyrannosaurus Rex was bound to a trailer, unable to move for 30hrs. This is animal cruelty, at its worst. The perpetrators of this horrible act should be fined, and their rights to own exotic and domestic animals should be stripped from them.

Please help me raise awareness about this heinous injustice. Dinosaurs are animals too, and they deserve our love and care. How would you feel if you were bound to the back of a truck for 30hrs?

Share this photo and help bring a stop to cruelty towards our beloved jurassic friends.”

Although the post was an obvious joke (as you must have realized upon seeing the photo), a lot of netizens mistakenly believed Jonathan thought dinosaurs truly existed and that he did not know the photos were of a fake animal.

In reality, Jonathan knew all along that the dinosaur was fake but writing that witty caption was certainly way better than simply announcing to the world he had just seen the trailer carrying dinosaurs used for Jurassic World pass by his car.

Many of those who commented on his post pointed out that dinosaurs don’t exist anymore, clearly missing the point, but there were some clever ones who joined in on the joke.

Here are some of the comments:

There (sic) doing a show on the autopsy of one… it is possible that this is real. We can clone animals from DNA… yet you think a dino is impossible. The really upsetting part is if it is real (and a video instead of pics would have been better) who do you think paid for it and how much you think it cost? – James Campbell

“Is this real” comments are cracking me up!!! Cmon people you can’t be that stupid!!!!! Hints the term EXTINCT!!!! Just because they live in “Jurassic Park and Jurassic World” doesn’t mean they are REAL and roaming the earth again. WOW. And we wonder why our younger generations and youth are amounting to nothing these days. – Michelle Christine Davis

You people saying this is obviously fake need to learn what a joke is. I’ve lost faith In humanity once again. I hope the T-Rex breaks free to kill all us all. – Jesse Eugene Baker

See!!!!!!! I knew it! I knew it!!!!!! They still exist!!!!! Why make them suffer like that! At leaat make a cage! Or place some tube to mouth that is connected to water or something! Didnt you know that they could die with heat stroke!!!!! Or worst be extinct!!! Have some heart! And the guy taking the picture!!!! Use your phone and call animal welfare or something! Geesh! So stupid!!! Are you looking for that kind of reaction? Really? Do you actually believe on the description of the picture? Lol – Maui Guico Manalo

I’m amazed at the ignorance of the post… I’m more amazed because the people screaming “fake” are saying the reason it’s fake is because the trex could break free…. Nevermind the fact that dinosaurs have been extinct for thousands of years 😐 The level of stupidity in this post is giving me a migraine.. – Lisa Falls 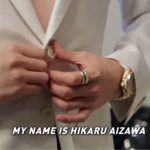 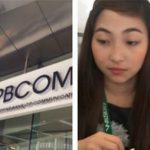