A casino dealer applicant by the name of Janica F. on Facebook posted photos of PBCOM Tower receptionists and guards who were apparently rude to her and her friends. (Said post has been taken down as of this writing,)

In Janica’s post, she asked the public if they can provide the names of the two receptionists and the security guard at PBCOM Tower. (PBCOM Tower is the highest building in the Philippines which is located in Makati City. It has many corporate offices and the building is controlled by Filinvest Land.) She said she will file a complaint against them. She also narrated how the receptionists and guard insulted them when they tried to apply in other companies in the building.

During their stay in the building, Janica and her friends decided to apply in other companies as suggested by the interviewer of the company where they were originally applying as casino dealers. However, when they were about to apply in other companies and take the elevator, the receptionists interrogated them and told them that only one transaction is allowed for each guest. The guard also told them not to stay in the lobby and to immediately proceed to where they will be applying even though they said that they were will waiting for their companions. The guard then asked for her ID.

After they submitted their application in one of the companies, one of the receptionists insulted them again by saying that they wanted to make the most of their time because they were wearing heavy makeup. And when she was going to claim her ID, the guard told her that he photocopied it and will have her banned from entering the building.

On a final note, Janica asked PBCOM’s management to check out their reception staff. She said that although she may have been a bit arrogant to the receptionists before they left the building, she stated that politeness should be an essential part of customer service, being a former receptionist herself. 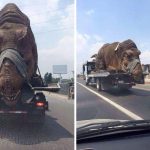 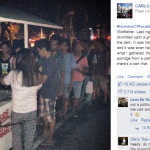