After months of being stranded at sea, about 3,000 refugees from Myanmar and Bangladesh can finally find a safe haven in the Philippines.

The Philippines, which is the first country in southeast Asia to open its doors to the undocumented migrants, is a signatory to United Nation’s refugee convention.

Communications Secretary Herminio Coloma Jr. said in a statement: “The Philippines has extended humanitarian assistance to ‘boat people’ and had even established a processing centre for Vietnamese travellers in the 70s. We shall continue to do our share in saving lives under existing and long-standing mechanisms pursuant to our commitments under the [UN] convention.”

Coloma also denied reports claiming that the Philippine government planned to turn its back on 8,000 migrants aboard overloaded boats.

Neighboring countries such as Thailand, Indonesia, and Malaysia have blocked about 300 refugees from entering their territories. As of press time, there is still no update about the boat which was last seen on Sunday, May 16.

Most of the refugees aboard are Rohingya Muslims from Myanmar, a minority group tagged by the United Nations as “one of the world’s most persecuted people”.

United Nations official Bernard Kerblat commended the country’s willingness to provide assistance  to the foreign refugees. On Tuesday, May 19, Kerblat met with Justice Secretary Leila de Lima to discuss the best practices of other countries in handling the entry of large numbers of refugees.

Meanwhile, the Philippines’ decision has raised hopes that the region will finally be able to resolve the crisis that has left 8,000 lives at risk of starvation and death.

Joe Lowry, a spokesperson for International Organisation for Migration said: “It is a hopeful sign. We hope the governments in the region would lift their game as well.”

Dubbed by the United Nations as “floating coffins”, thousands of migrants are stranded in boats without adequate food, water, and medical supplies.

Some survivors rescued by fishermen off Malaysia and Indonesia last week claimed that passengers are dying of starvation and being thrown overboard.

Believed to be in the area of Andaman Sea and Strait of Malacca, the refugees’  journey to the Philippines is expected to be long and hazardous. 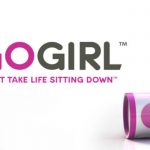 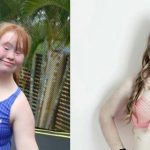