A bill aiming to rename the North Luzon Expressway (NLEX) to President Corazon C. Aquino Expressway (CAEX) has been approved by the House Committee on Public Works and Highways.

“If favorably passed into law, it will constantly remind us of the noble deeds of the late President especially for the poor, and inspire our people to emulate her example of selfless service to the nation while her exceptional courage and leadership gave hope and united the Filipino people at a critical time in the country’s history,” Antonino explained.

Considered as one of the Philippines’ main road arteries, the 84-kilometer NLEX was built in the 1960’s and was previously called Manila North Diversion Road and Manila North Expressway (MNEX).

With a daily traffic of over 16,000 cars, NLEX is maintained by  Manila North Tollways Corporation.

The expressway which connects Manila to several provinces of Central Luzon, specifically Bulacan and Pampanga, starts from Quezon City and ends at Mabalacat City in Pampanga. It merges with the MacArthur Highway extending northward into the rest of Central and Northern Luzon. 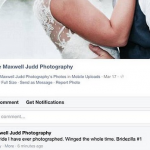 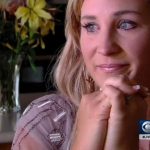