Britanny Champagne, a mom of three from Riverton,Utah, had no idea that her 8-year-old daughter’s pictures would end up in adult sites after uploading it on Facebook.

In her interview with Yahoo Parenting, Champagne revealed that she chanced upon the links to the adults sites after seeing her daughter’s pictures on a fake Instagram profile.

“I clicked on there and I found a girl claiming to be 11, as my daughter, and she’s a bisexual cheerleader and her whole page is about gay pride,” she said.

Champagne got the biggest shock of your life after discovering more  photos of her daughters tagged in hashtags connected to several adult sites.

According to Champagne, she had her children’s photos removed in at least 20 sites, but their pictures are still visible in several others.

Who Stole Her Children’s Photos?

Although there is no way to determine who grabbed and used Champagne’s photos in the adult sites, the horrified mother believes that a hacker stole her photos.

“They’re pictures of my girls wearing their backpacks, or hanging out together on the couch,” Champagne explained.

Despite posting seemingly harmless photos of her kids, the adult sites implied that her two daughters are girlfriends and even added sexual hashtags.

Not wanting to face the same problem in the future, the disgusted mother has no intention of posting any of her family’s photos on social media.

Limit Posting of Photos of Children

DeRosa encourages parents to create a group on Facebook where they can share photos of their children to limit the audience.

Moreover, Private.me COO Robert Neivert tells parents not to post any pictures that can be sensitive since internet crawlers are constantly in search of photos that “contain certain inappropriate material”. 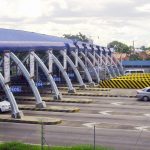 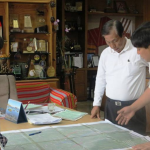