Huge crowd from all over the country flew in Quirino Granstand, Manila to see and celebrate Pope Francis’ last concluding mass on Sunday. As expected everyone will go home “wet” but with smile on their faces.

As Papal visit is about to end, netizens shared their sentiments about the Pontiff’s fever which dominates social media platforms.

In an 8o percent Catholic-ruling country, it is truly amazing that respect and admiration from non-believers and believers are extending their gratefulness for Pope’s visit.

Non-catholic celebrities like Angel Locsin, Gary Valenciano, and Yeng Constantino are vocal in sharing their gratitude about Pope’s bringing goodness of God in our nation.

Religious movement leader Eddie Villanueva stunned with what Pope Francis has said which is to focus on Jesus not on him.

Though on the other side of the coin, others still continue to criticize Pontiff. 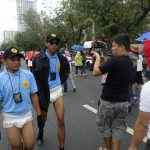 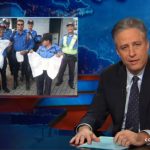