Oh, how the tides can turn between Queens!

The two Queens certainly seemed chummy months ago, but their paths diverted. It’s pretty obvious that Queen of Soap Opera Judy Ann Santos-Agoncillo got a ‘bad shot’ from Queen of All Media Kris Aquino after she posted an article about ‘Obama canceling his schedule to meet returned bodies of fallen troops,’ a gesture that’s very different from what President Benigno Aquino III did during the arrival of the 44 members of the Philippine National Police’s elite special action force killed during a firefight with rebels at the Villamor Airbase, Pasay City on Thursday morning.

Santos was unfollowed by the presidential sister (we already checked Aquino’s Instagram account) on Saturday after she made a statement “Just saying… Obama knows his priorities….” on Instagram.

Santos is one of our local celebrities who paid their respects to the 44 elite soldiers who died fighting in Maguindanao on Sunday, January 25.

It was also confirmed by her official Facebook page when they posted our first article about this issue, “What your reactions judinians lalo na unfollow ni @beingkrisaquino si queen @officialjuday sa instagram.”

The Queen of All Media is currently following 304 accounts, none belonging to Santos. Meanwhile, Santos is still following Aquino on Instagram. 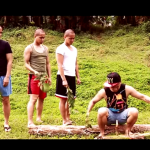 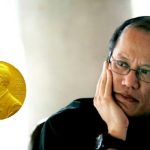