According to RachFeed, the incident happened on September 27 at around 5 p.m. at the corner of 5th & 30th Avenue, Bonifacio Global City.

Initial investigation revealed that the two British nationals, identified as Sam Reynolds and Christopher Edwards, were skateboarding on 28th Street when a lady guard accosted them.

The two foreigners allegedly insulted the lady guard, though a separate account on Astig PH alleged they were merely telling the guard that a policewoman said they could skate at the park. An altercation between them ensued.

According to a statement by the lady guard, she was shoved by one of the foreigners. She then called for back-up. A male guard who responded tried to confiscate the skateboard but was allegedly punched by one of the Britons.

The mauling happened after more guards came to the scene.

One of the Britons, Sam Reynolds, was confined at St. Luke’s Medical center while his friend Christopher Edwards was at a Taguig police station. Edwards is now out after paying bail but was incarcerated for 4 days.

The BGC filed charges of malicious mischief and slight physical injury against Reynolds and Edwards. The Britons are planning to file counter-charges.

The Bonifacio Estate Services Corporation has issued a statement regarding the incident on Facebook:

Regarding the video showing the incident involving BGC’s Marshals:

We have reviewed the video and it indicates that certain members of our security personnel resorted to inappropriate behavior and we are currently conducting a full investigation of this incident.

Meanwhile, we also filed formal charges against the two foreigners who had hit and hurt our lady marshal and another male marshal when their attention was called to certain violations of BGC’s community rules, and before their apprehension was captured in the video.

Here’s the video of the mauling incident:

Meanwhile, a friend of the foreigners shared his friend’s account of what happened on Astig PH. 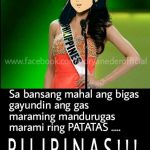 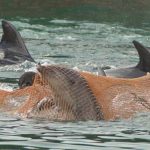