Summer is the new Valentine’s this 2014 as Star Cinema , on its 20th anniversary, creates another milestone with Viva Films in the upcoming mainstream theatrical release of Maybe This Time – the biggest, highly anticipated , and most unforgettable romantic film of the season – starring ABS-CBN’s Primetime King Coco Martin and Box-Office Queen Sarah Geronimo.

Maybe This Time is a film that every fan and movie buff should not miss as it marks the very first big-screen collaboration of Coco and Sarah who are arguably two of the biggest and most bankable stars of ABS-CBN today.

Directed by Jerry Lopez Sineneng and written by Anton Santamaria and Melai Monge, Maybe This Time is a love story concerned on Steph Asuncion (Sarah Geronimo) and Tonio Bugayong (Coco Martin) who were old sweethearts separated by circumstances when they were still young. They get reunited years later as they get to work together with her prepping him up to fit in with Tonio’s new girlfriend’s world, Monica, who happens to be Steph’s boss in the PR firm she is working for. Question is, will their old passion for each other be rekindled or will it just come to pass? 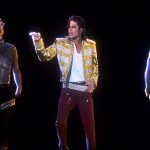 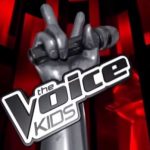